On Monday 25th March the regions AGM was held at The Grove golf and hotel resort near Watford, and what a fantastic day it was.

Not only was the sky clear and blue but it was warm too, as warm as the greeting we received from all the team working at the Club.

The AGM started at 10.30 with over 35 managers in attendance, following a comprehensive agenda which included an overview of his official status from the outgoing Captain, Richard Hall.

Richard stated how much he had enjoyed his year, and then handed the mantle over to the Captain elect, Ray Grant, the General Manager at Northwood Golf Club.

As a gesture of the region’s appreciation for the work Richard had done, Ray presented him with a bottle of his favourite wine, Pouilly fume. 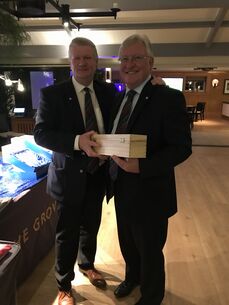 Ray went on to accept his role and was delighted to invite Paul Keen General Manager, Verulam Golf Club to be his Vice-Captain, which received a unanimous vote from the floor.

Once the meeting had concluded, a delightful snack lunch was served before we all went out onto the 1st tee to “encourage” Ray with his Drive-In shot, which he hit marvellously, and was greeted by a loud cheer! 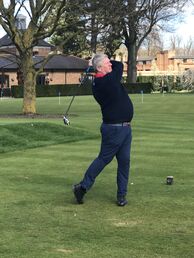 Thirty-Two players spent the afternoon in brilliant sunshine to compete for the AGM Trophy.

There were four nearest the (Gins) pins and the winners were: 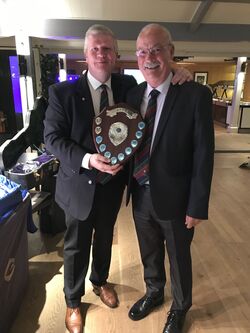 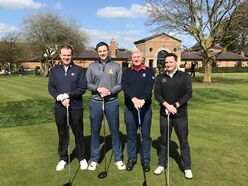 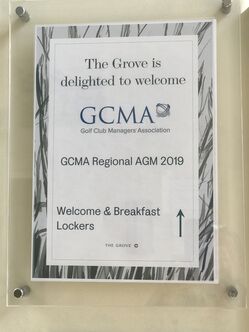 On behalf of the region and the Captain, I would like to thank Brad and Anna for their help but particularly Amber and all her staff who made the day run so smoothly and without a single hitch, a BIG thank you to you all.