100 % winning Sweep in the Regional matches 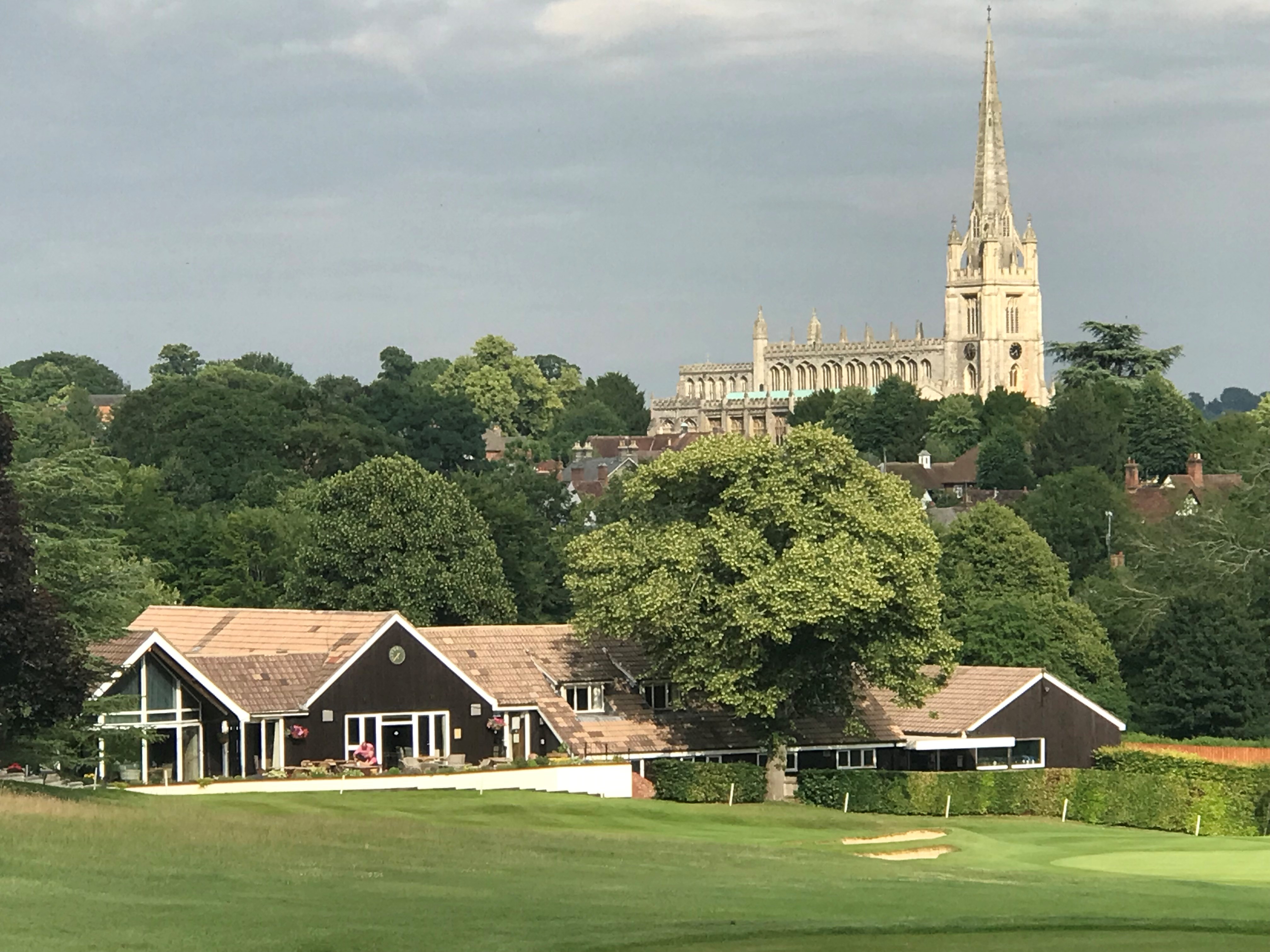 The final match of the season against the East Anglia region took place at Saffron Walden Golf Club on Thursday 8th July.

The team lead by Vice-Captain Stephen Bryan, General Manager of Brickendon Grange Golf Club, in the absence of our Captain, who was sadly isolating from a Covid connection in his family.

On a potentially stormy but warm, humid day the intrepid twelve met with the opposition and their Regional Manager Gary Smith for pre-lunch banter and goading before we adjourned for the tastiest Ploughman’s lunch accompanied by a small libation courtesy of Saffron Walden’s General Manager, Jonathan Dove.

With the teams called and drawn we set off determined to bring the silverware home.

Saffron Walden's Greenkeeping team had presented the course in an immaculate condition with very fast and tricky greens.

The final hole, a Par 3 viewed from the Clubhouse terrace proved to be an entertaining vantage viewing point watching the teams playing in and nervously awaiting the thumbs up or down declaring their game result.

After all, six teams had completed their round it was clear that our pairs had excelled themselves by winning five out of the six matches - well done everyone one, a really great result.

We were treated to a fantastic dinner which was followed by Stephen delighted to be collecting the trophy from Mike Verhelst the Captain of East Anglia. 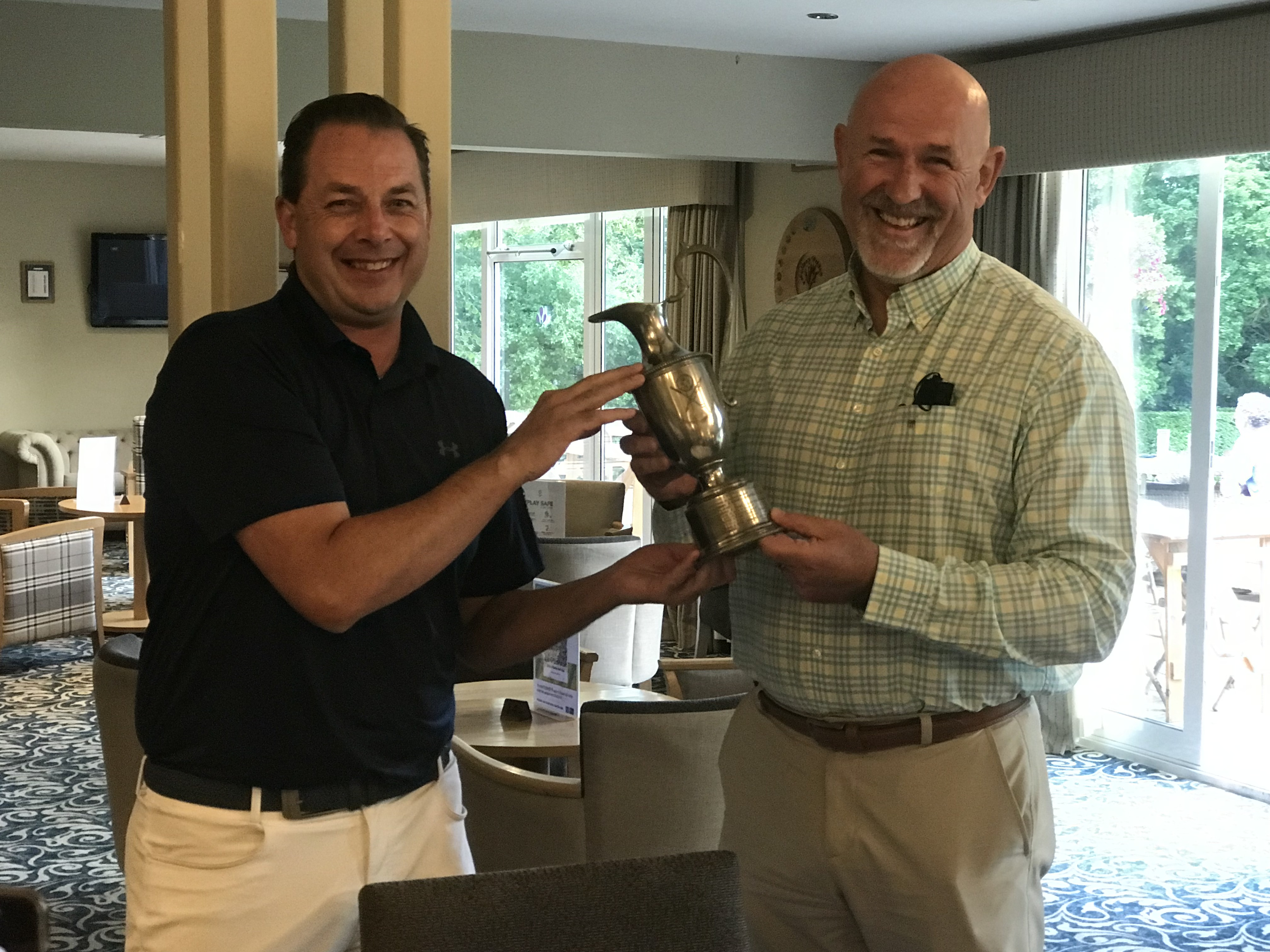 It was noted that since this competition started in 1999 Chilterns and Home Counties had won on fourteen occasions and East Anglia seven times a great team effort!

We look forward to making it fifteen, next year, 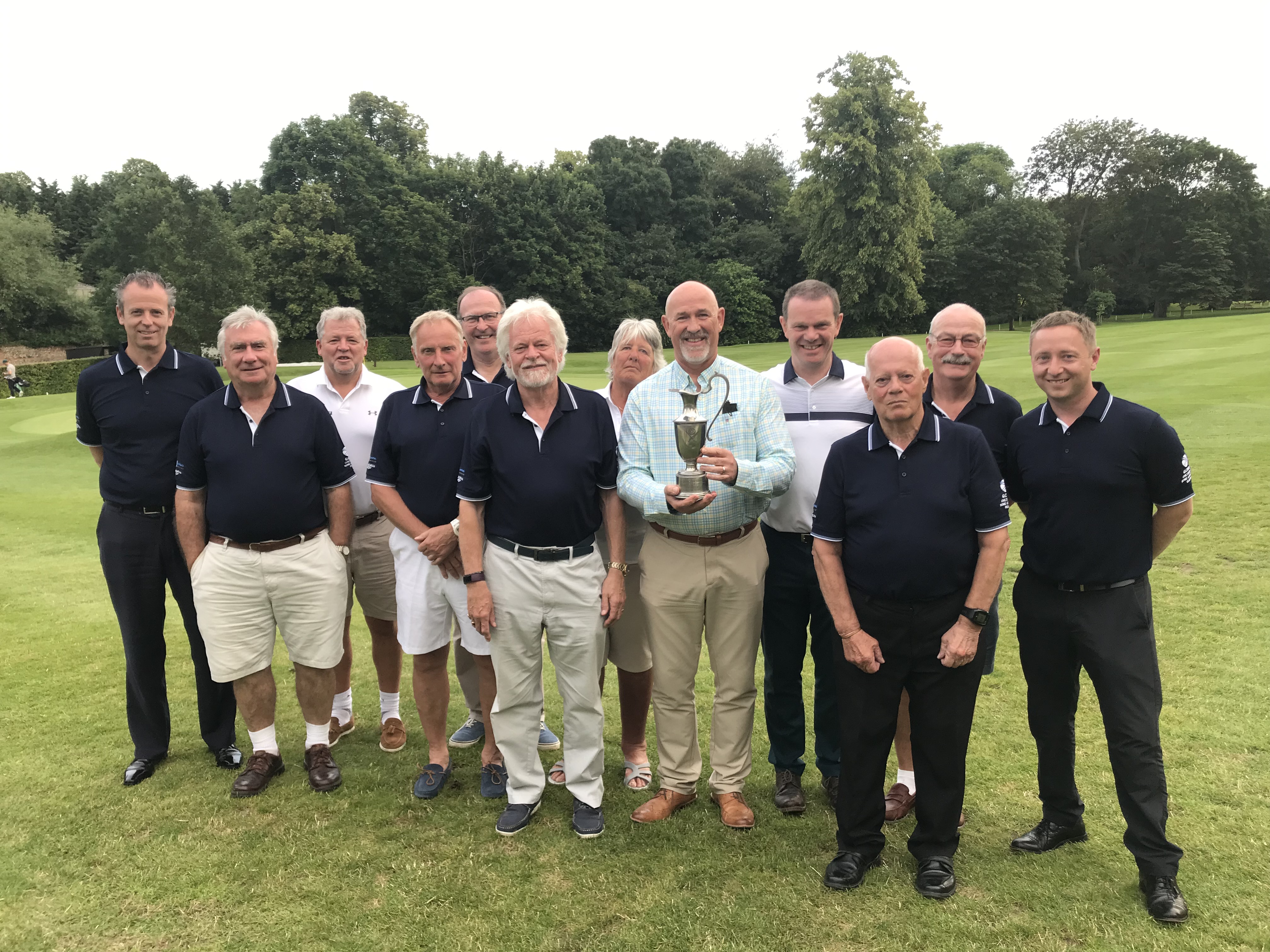 Our sincere thanks to Jonathan Dove and his team for their support and hospitality it was a pleasure to play at such a fantastic club.

It was clear that Gary Smith was not keen to give up the trophy.! 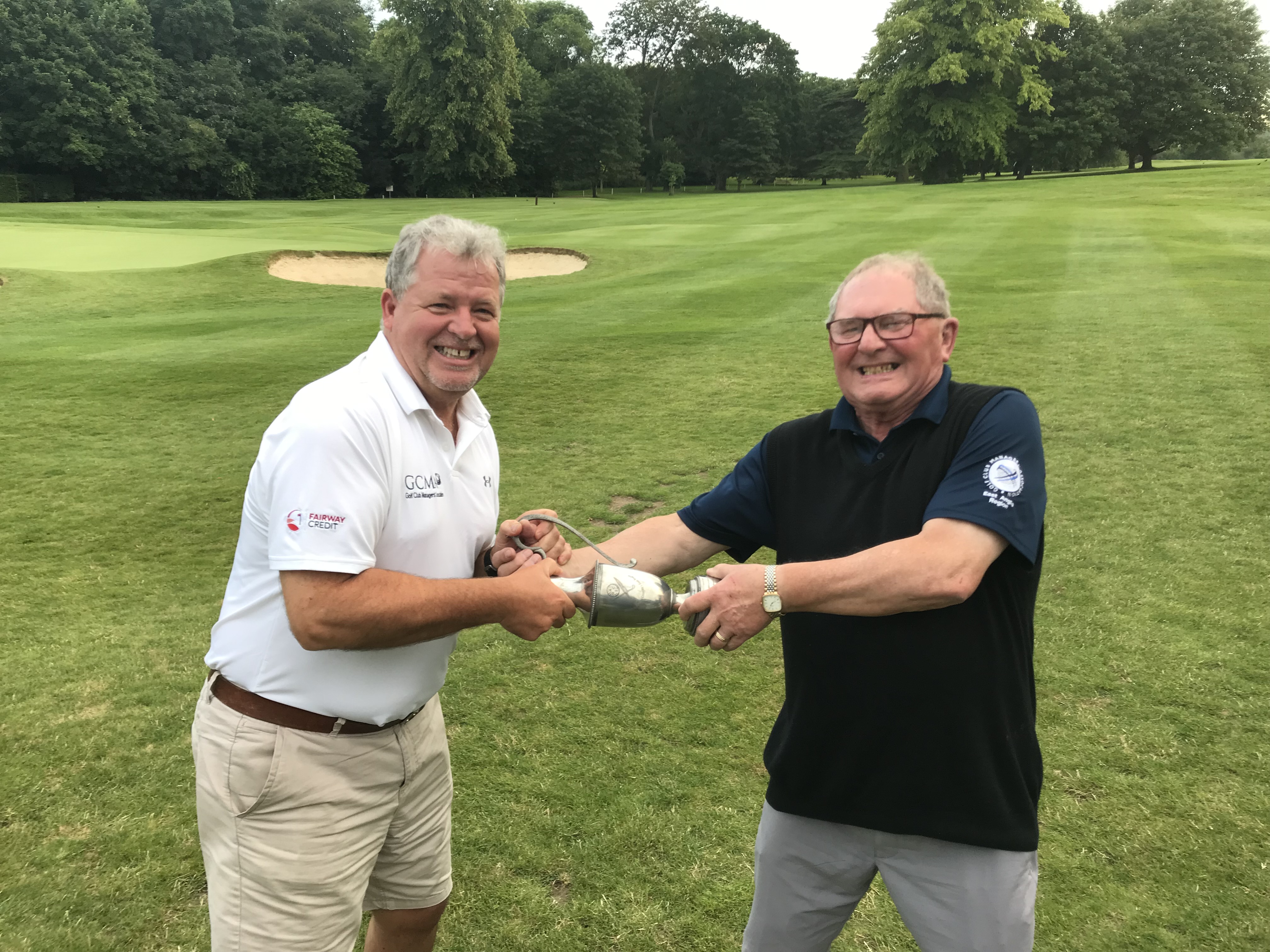